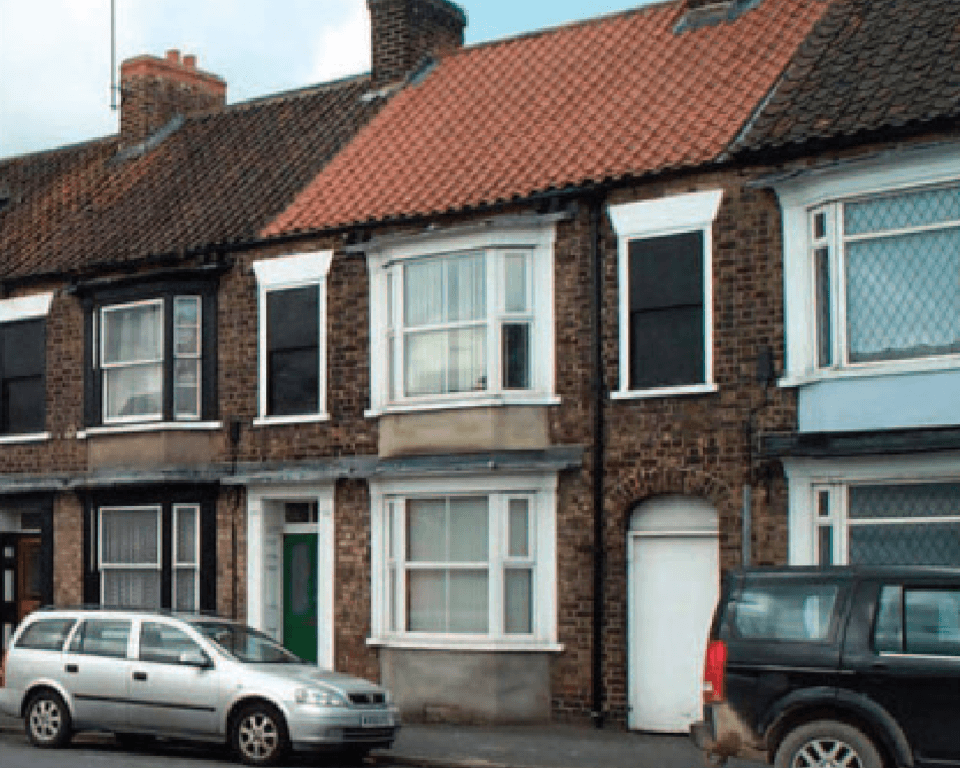 John Robert Mortimer was born in Fimber on 15 June 1825 and founded James Mortimer Ltd from the family farm in Fimber in 1869.

James Mortimer Ltd’s offices were located at 16 Middle Street South from 1869 until the 1920’s, when they purchased the house adjacent to their warehouse facilities at Riverhead. 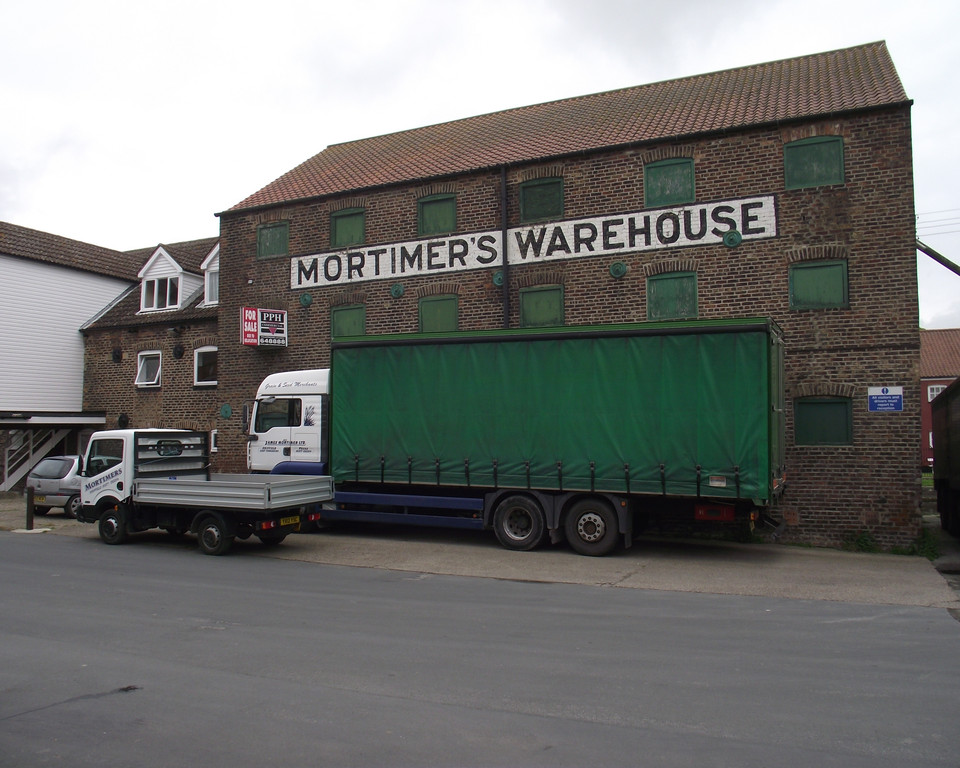 Riverhead Warehouses, situated alongside the Driffield Navigation basin were first rented by Mortimers in the early 1870’s and subsequently purchased.

Over the following years, J R Mortimers relatives became involved and took over the business.  In the 1930’s the Company’s Managing Director, Mr Percy Whiting bought the company and ran the business until his retirement.   Percy Whiting’s daughter Winifred assumed ownership of the company, she died in 1982 and her daughters took over ownership.

In 1995 Mortimers was subject to a Management Buy Out by Maurice Robson, Simon Minns and Christopher Atkin. 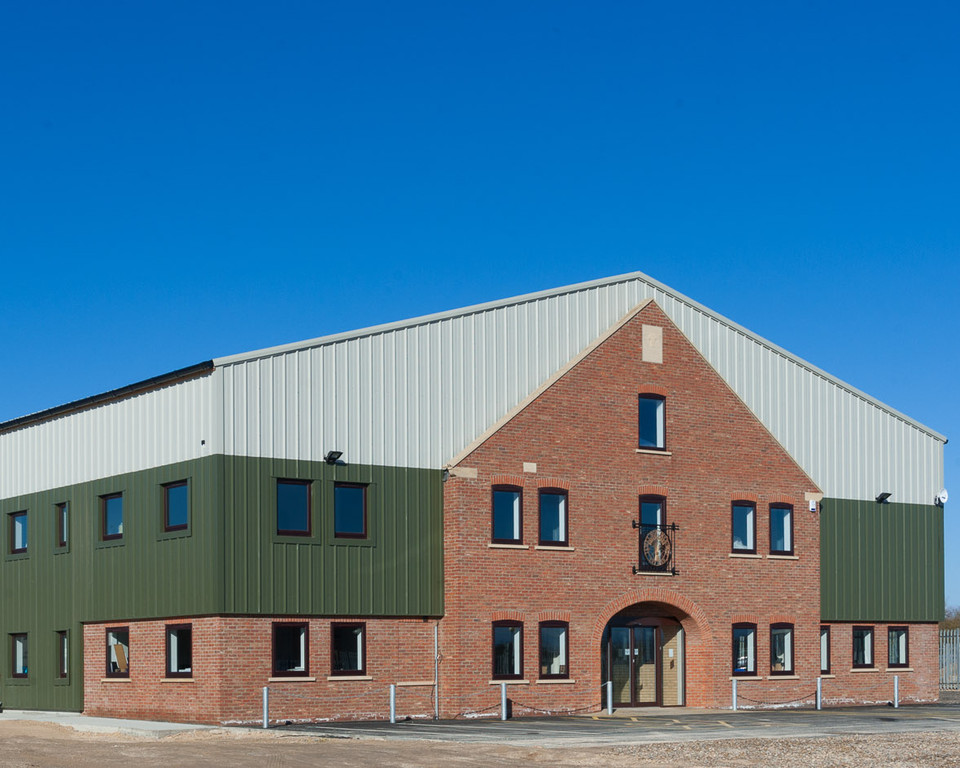 The company has steadily grown its business and for this reason decided on a re-location plan.  In 2013, the company acquired a 2.25 acre site on the Kelleythorpe Industrial Estate, a perfect location central to Mortimers trading area.

Despite being a corn merchant by trade, John Robert Mortimer is best remembered as a pioneering archaeologist who, despite his humble origins, made a nationally important contribution to the development of modern British archaeology.

He devoted much of his adult life to the systematic and careful examination of around 420 prehistoric burial mounds as well as other archaeological features, on the Yorkshire Wolds, eventually becoming a nationally recognised authority on the subject.

Mortimer is a figure who stands as the threshold between different worlds.  He was born into a world in which archaeology was not as yet a defined discipline, had yet to capture the public imagination and was still an antiquarian pursuit. By the time of his death, archaeology was an embryonic academic discipline, with the beginnings of formalised practice, was defined as a subject separate from history, anthropology and antiquarianism.

Through his high standards and, for the time, meticulous excavation and recording, Mortimer helped to lay the foundations on which the subject became based. Whilst his practical archaeology was played out on a purely local stage, his contribution and significance extended far beyond, into the wider world of Victorian scientific endeavour….and is still felt today.  He can rightly take his place as one of the founding fathers of modern day British archaeology.

Mortimer's archaeology work culminated in 1905 with the publication of Forty Years Researches in British and Saxon Burial Mounds of East Yorkshire. This magnificent book, with over 1000 artefact illustrations by his eldest daughter Agnes, established Mortimer’s reputation as one of the most important British archaeologists of the nineteenth century.

Mortimer succeeded in bringing together, preserving and documenting a vast amount of information relating to the early history of East Yorkshire, which but for his work, would have been almost certainly lost to us.

Though sometimes difficult and contrary, contentious, proactive and stubborn, Mortimer was a figure of human grace, generosity and wisdom.  He was shy and humble, though always brave-hearted and forceful in speaking up for the things he believed in.

1838 – Finishes full-time education and is set to work on the family farm at Fimber.

1850 – Establishes himself as a corn merchant at Fimber.

1851 – Visits the Graet Exhibition and the British Museum.

1869 – Marries Matilda Mitchell and moves to the nearby market town of Driffield.

1911 – Dies at Driffield and is buried in the town’s Bridlington Road cemetery. 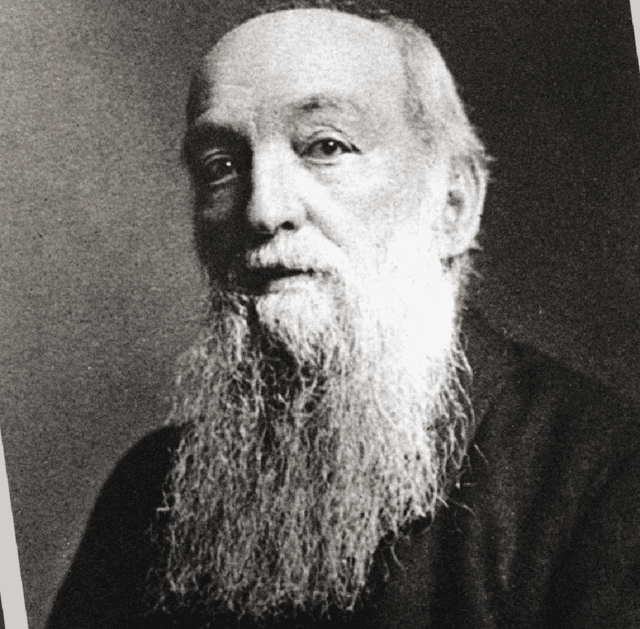 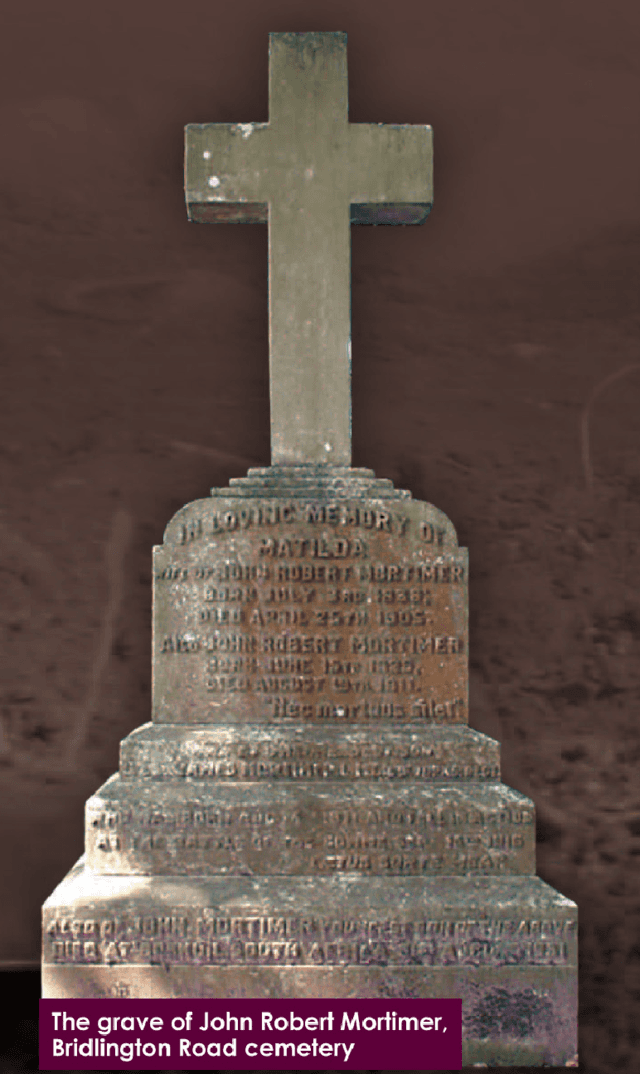 Mortimer moved from Fimber to Driffield in April 1869, following his marriage to Matilda Mitchell.  St John’s Villa was the family home 1869-88.

Mortimer commissioned this building in 1878 to house his collection of geological specimens, archaeological objects and ethnographic material.  It was described at the time as containing a “collection which can only be matched with that in the British Museum”.

The collection was bought in 1913 by Colonel GH Clarke and presented to Hull Museums, where it is now housed in the Hull and East Riding museum.

Warehousing and malt kilns built by Mortimer in 1871 for his business activities.  There was also a private railway siding linking into the Hull-Bridlington railway line.

The warehousing at Riverhead was first rented by Mortimer in the early 1870’s and was owned and used by Mortimers until 2015.  The offices next door were acquired in the 1092’s; before that the business operated from 16 Middle Street South.